Finding a new home for my purple freedom machine 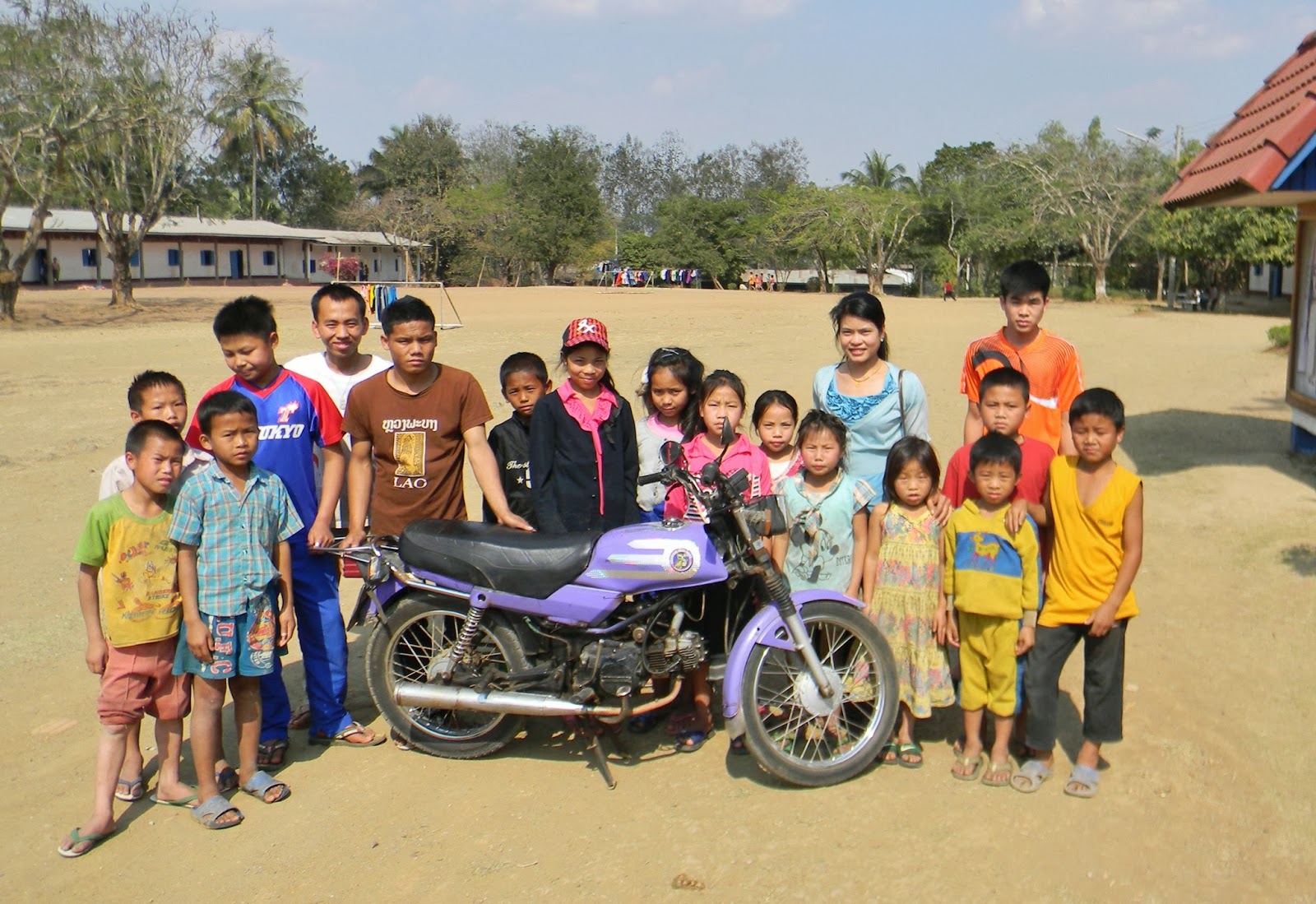 I bought this 100cc Honda Win in Vietnam and was allowed by the government to ride it all over Vietnam. They even allowed me to leave the country and enter Laos, a privilege that many have been denied. The problem is that with the Vietnamese license plate and registration, this purple motorcycle was denied entry in to Cambodia, Thailand and now, Myanmar. The time has came to cut the strings and get rid of the bike so that I can journey on to the next level of this adventure. I have some exciting options that I will be taking and sharing with Team Bean're and everyone in my social network but first I have to get rid of the bike.
When I set out on this adventure, I had planned an option of donating the bike but that was going to be when I was finished and at the airport ready to fly home. Now I still have a month or more left and the new plan is to travel across Thailand and Myanmar on public transportation (boats, trains and buses) until I get to India where I will buy yet another motorcycle.  Since India is the home of the originally English built Royal Enfield, this would be my new mode of transport. Money is still tight though and I have to plan on a 1000 dollar return plane trip from where ever I end up when I call it quits. I debated this and came up with doing the right thing. The money to buy it was donated from my friends so it only seemed right to pass it on. 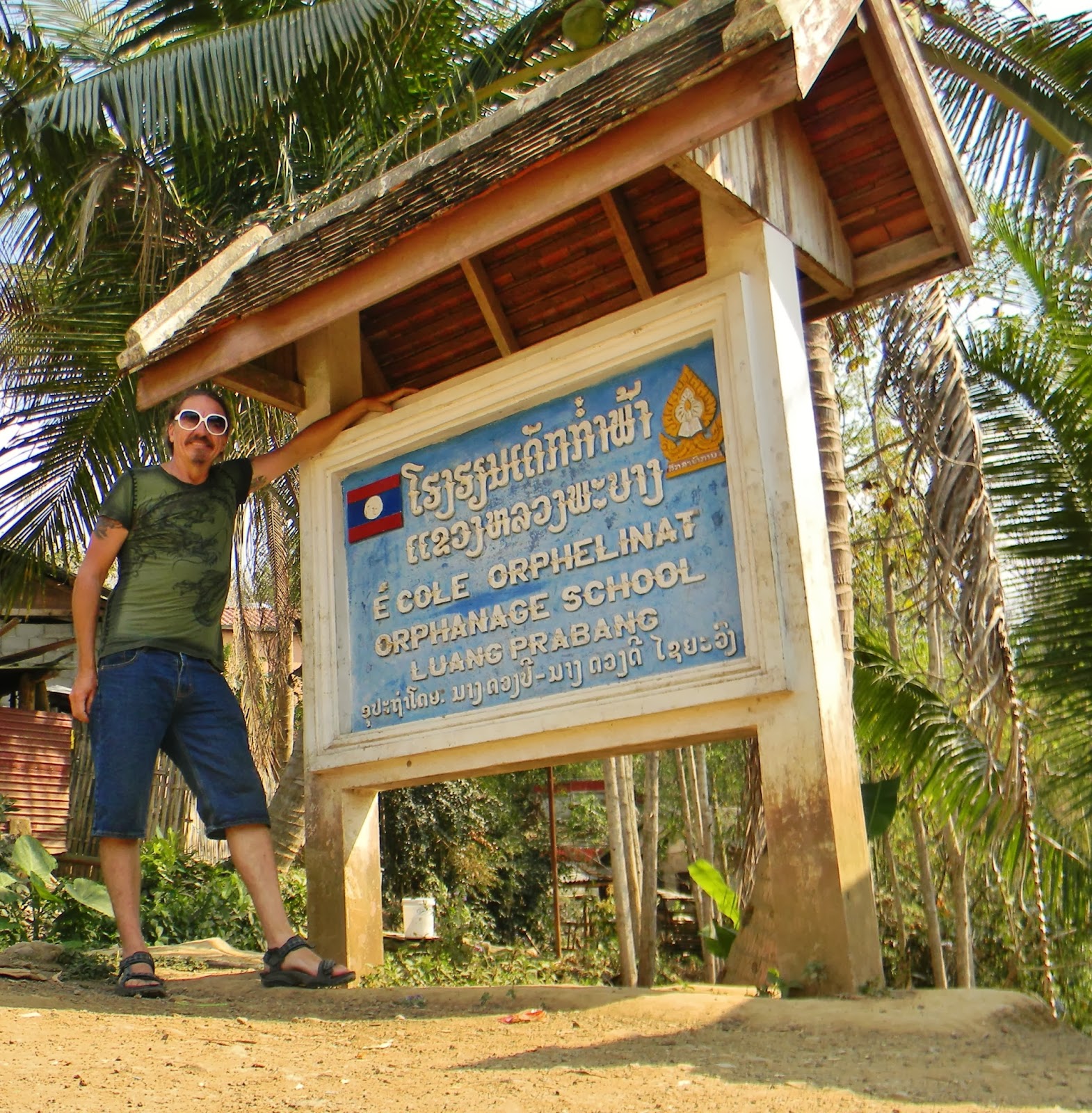 I did some research on Google and found that the town I was in,  Luang Prabang, was the home of not one but 2 large orphanages. The largest is Deak Kum Pa Orphanage. It is home to over 500 children and show signs of growing rather then decreasing in numbers. The Orphanage has a school on premises and gives all children here an education, something that not all children in Laos have the opportunity to get. The government helps out running this orphanage. However, Laos is a very poor country-they only pay for the teachers salaries but none of the school supplies and only 2 meals a day. Every thing else clothes, health and comfort (like soap, tooth brushes and toothpaste), books and a third meal are subsidized by private donations.  This seemed like the perfect new home for my motorcycle. 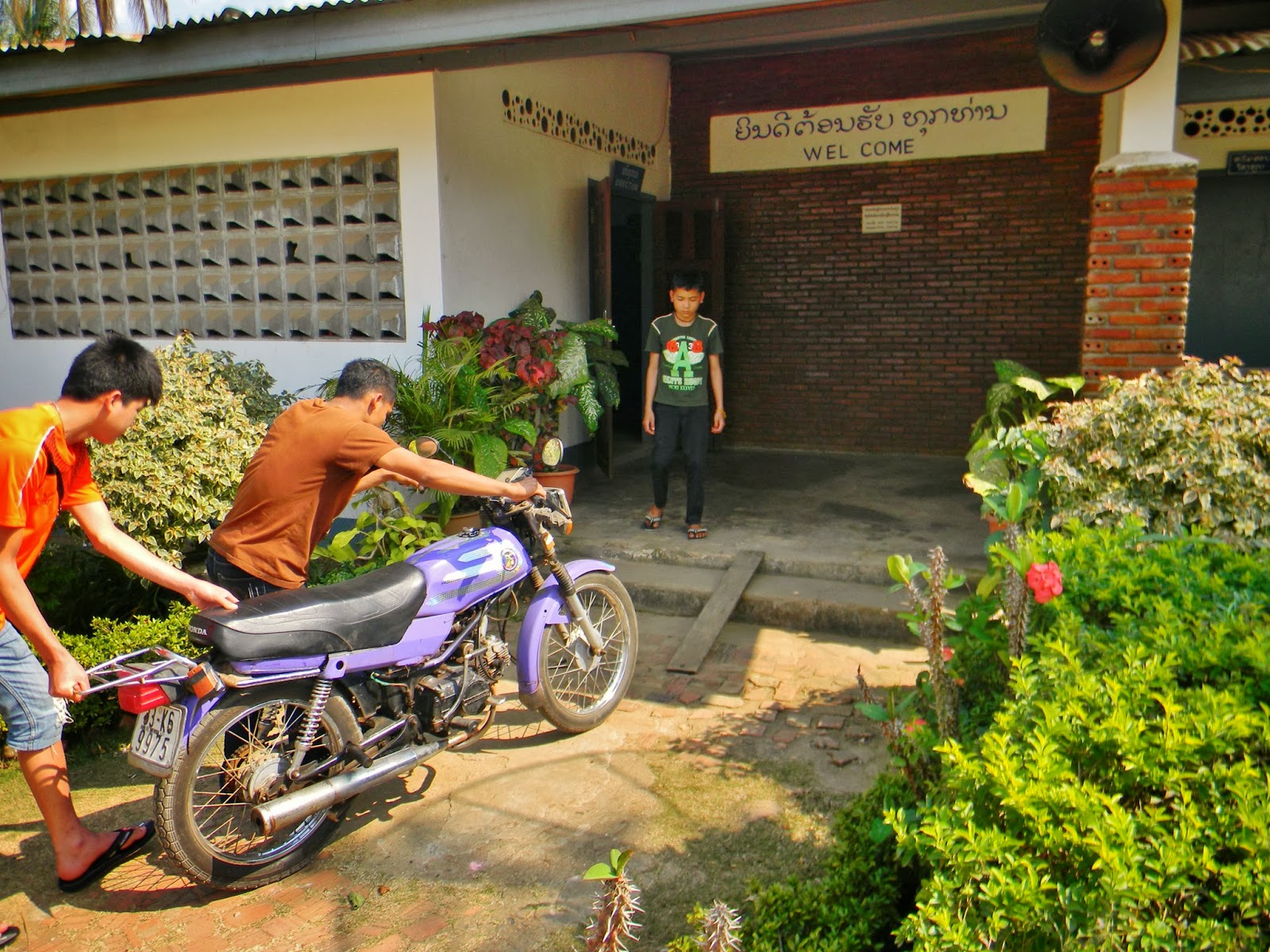 Arriving unannounced probably wasn't the best plan. I wondered why the kids weren't in school and I realized that it was Saturday. It took awhile to find some one that spoke English but when I did, they thought the purple motorcycle would be a perfect vehicle to transport children for hospital appointments and other off site needs. I thought that sounded perfect but truthfully, even if they turned right around and sold it, I knew that this would be to raise money to buy other more important things.  They asked how I would get back to town. I said I would get myself a tuk tuk (small 3 wheel motorcycle taxi). The reality of the donation then set in. They graciously thanked me and immediately hauled it inside where it would be tucked away and safe. 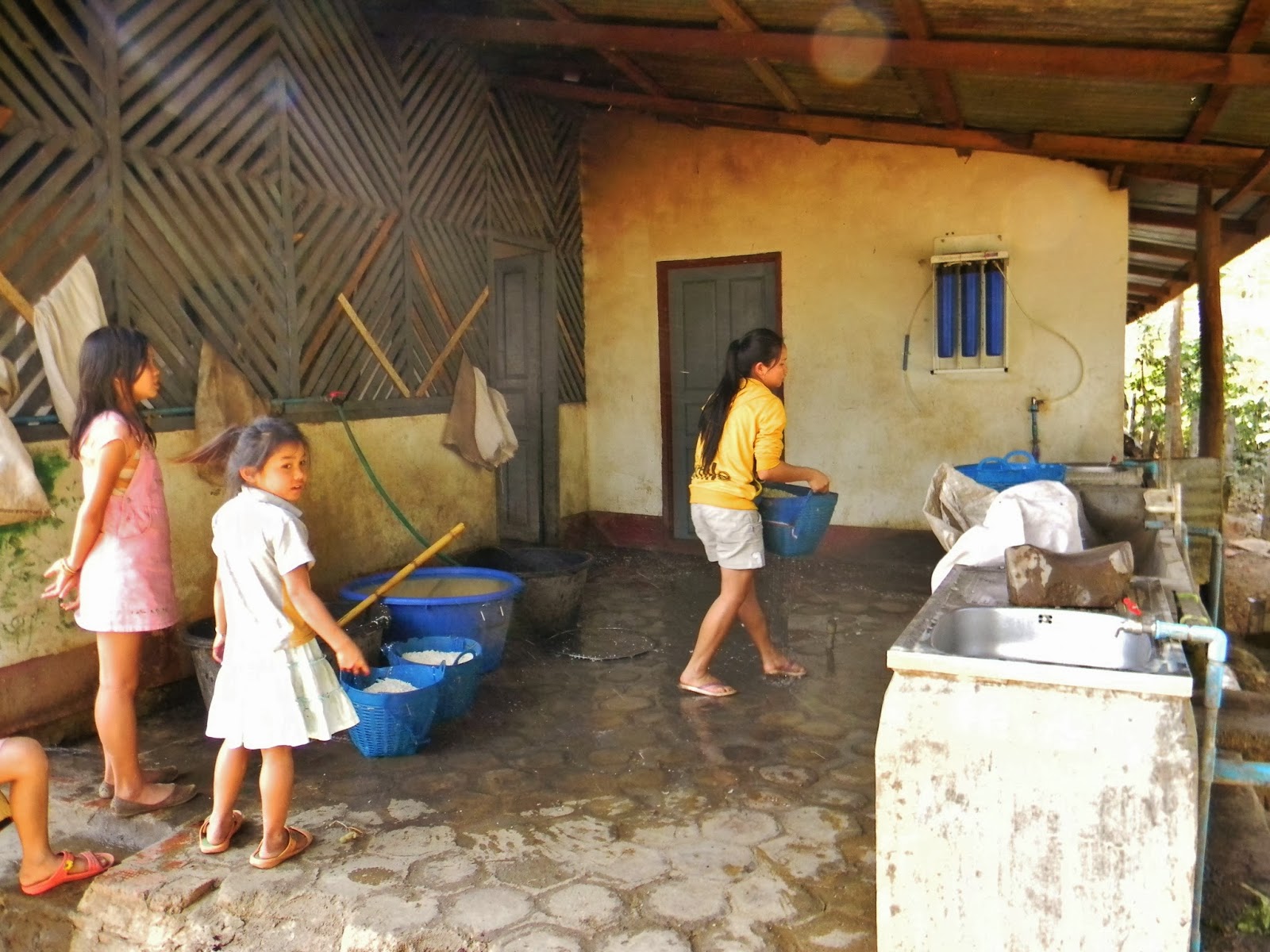 These kids were some of the most well behaved kids I have ever met in my life. They have very little super vision and they all help with all the chores including meals and gardening. Every child does his or her own laundry! The teen age children were even polite without the slightest bit of rebelliousness. 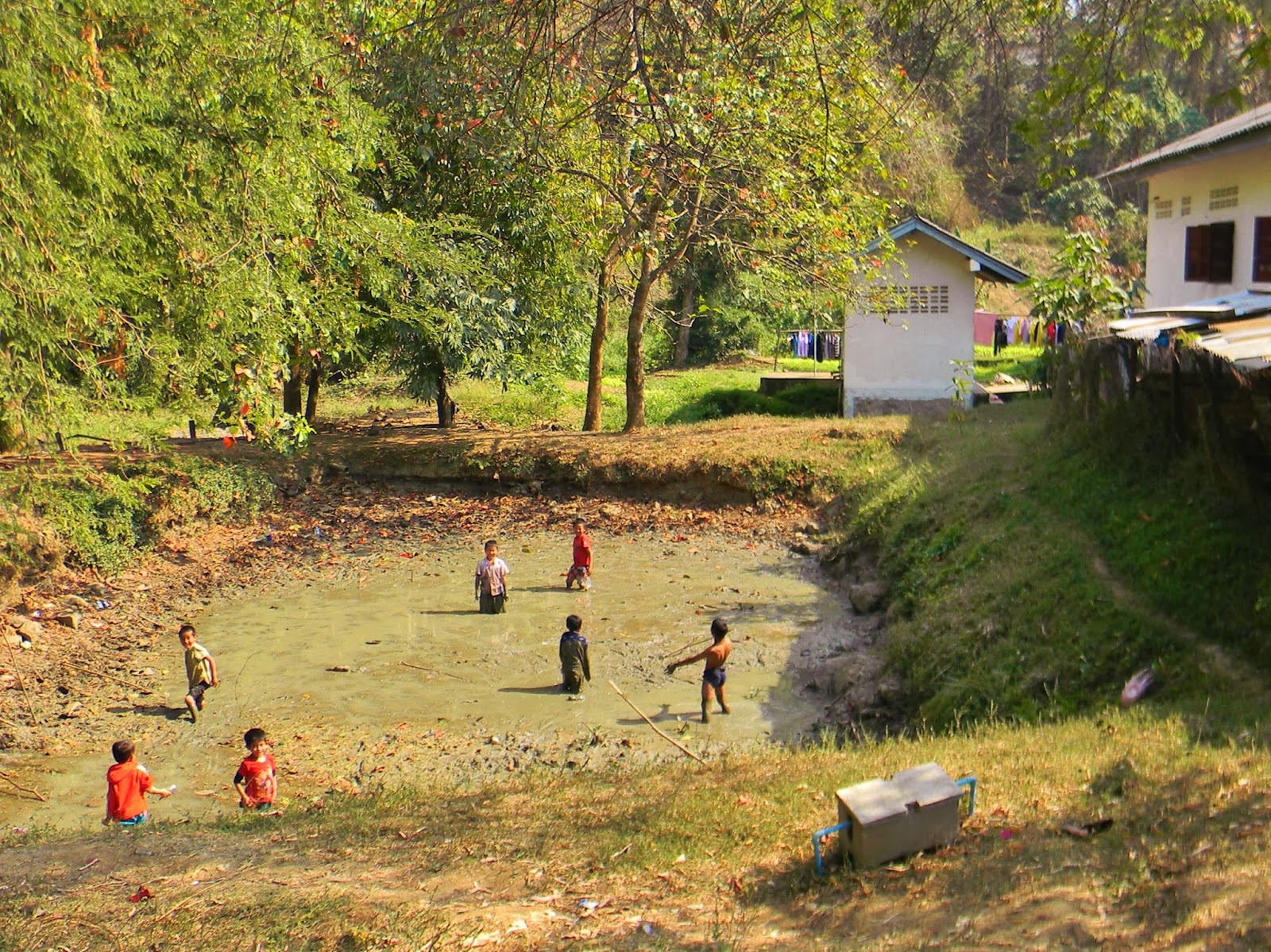 The children here have no toys. I did see one teenager with a small acoustic guitar. Here the kids must entertain themselves and boys being boys, well just because the swimming pond has gone dry with us being at the end of dry season, they played in the mud. They were just as happy as any child with a game boy and a cell phone.
I want to personally thank all Team Bean're supporters for helping out with this trip because this donation of this motorcycle would NEVER have been possible without all of your support. I  have exchanged email addresses with this orphanage and I plan on doing some more to help them out. I will keep everyone posted.
Posted by Bean're at 6:00 AM 12 comments:

A glimpse at the capital of Laos 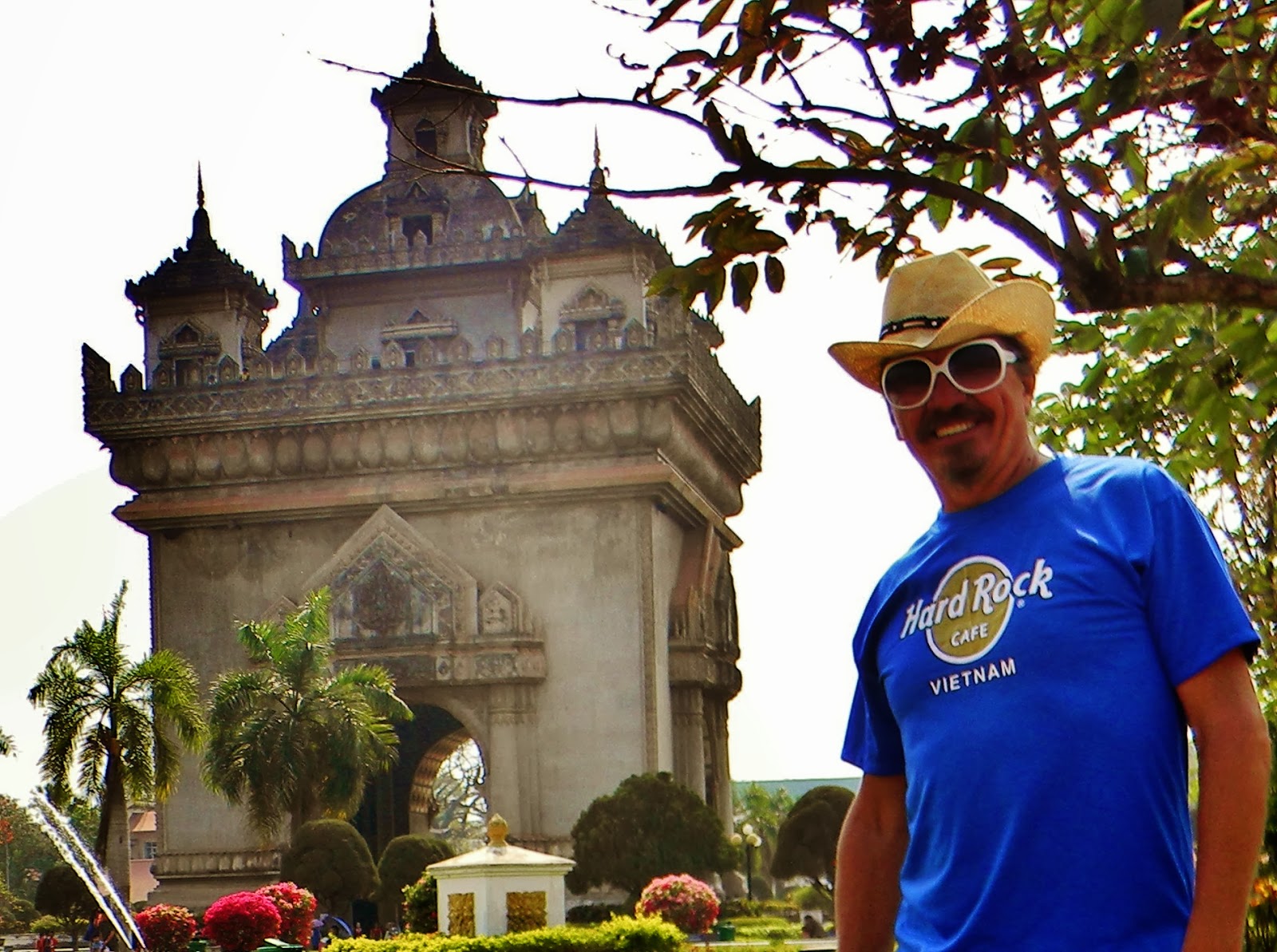 Patuxai is Vientiane's Arc de Triomphe replica that I saw when I first rode through Vientainne, the capital of Laos. It can't be missed sitting in the commercial district around Th Lan Xang. Officially called 'Victory Monument' and commemorating the Lao who died in prerevolutionary wars, it was built in 1969 with cement donated by the USA intended for the construction of a new airport. Many expats ( foreign visa holders from all other countries but living abroad) refer to it as 'the vertical runway'. 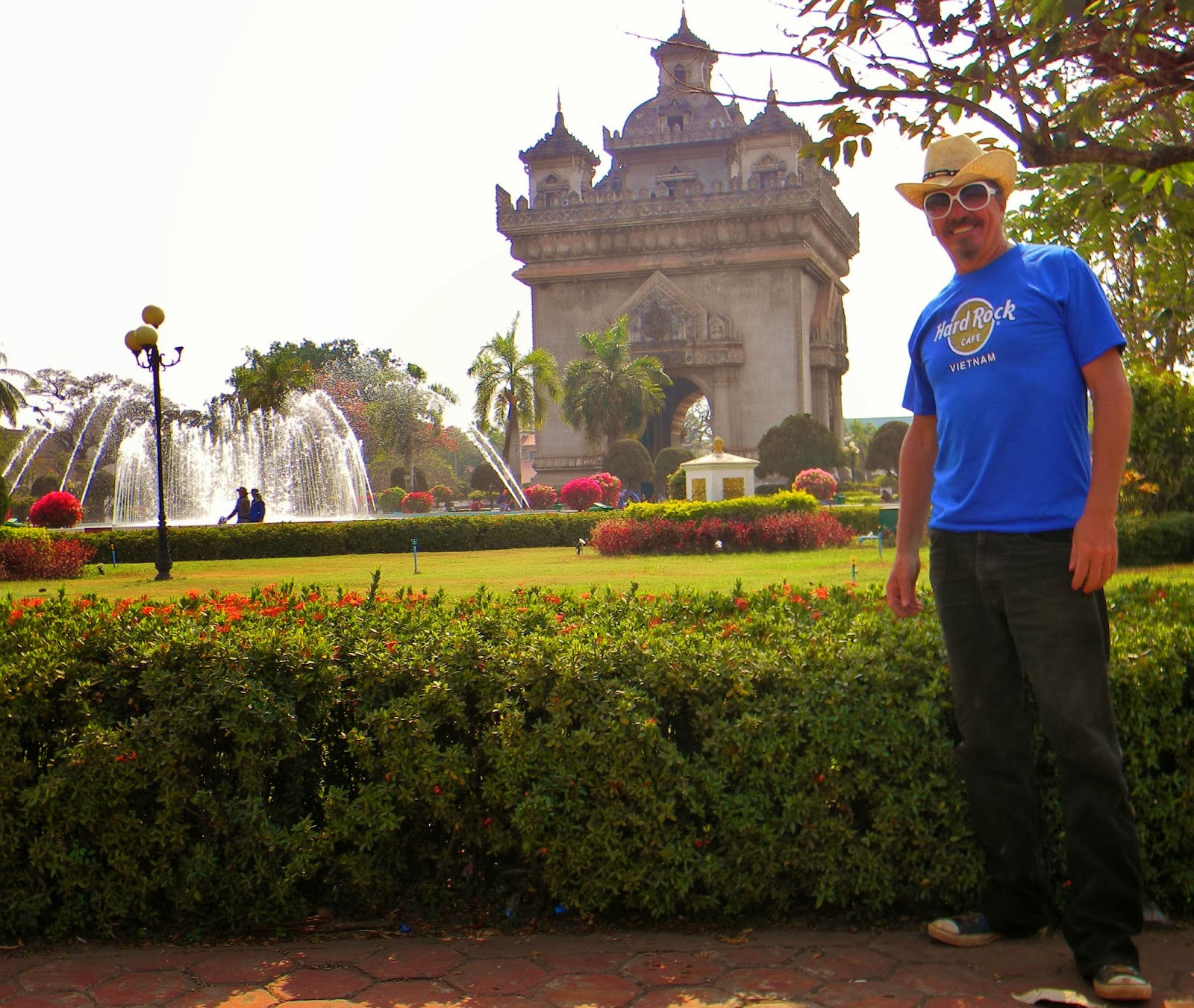 The garden surrounding it has a big fountain and is always busy with tourists. for only 5000 KIP ( about .75 cents) you cant tour the inside and go all the way to the top providing an excellent view of the city.