The Million Mile Motorcycle Project is...

the building of a fun and indestructible motorcycle that can jump gravel hills in a single bound, surf across wet sand, sail along the asphalt seas, pick up pretty girls and make friends.  Lots of friends.


Everybody knows that I pretty much live off my motorcycle now but I was riding motorcycles all the way back in the late 70's. I owned many motorcycles since then and have racked up a half a million miles total including the 300,000+ with my Purple Machine. 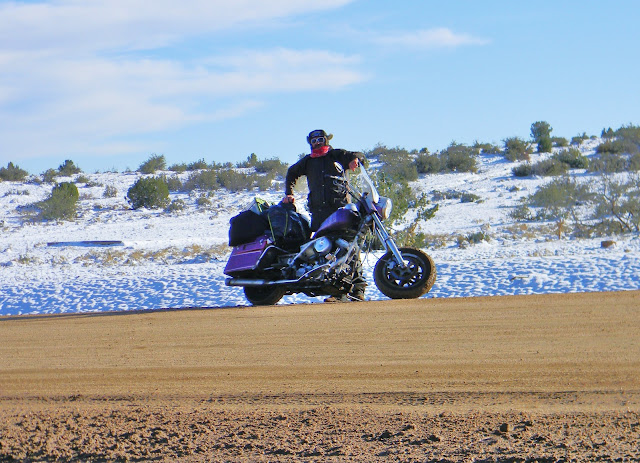 Now I'm going to try and build a bike that will carry me over the one million mile mark by logging 500,000 miles on the odometer of this new one. But this bike has to be special, like no other. My demands are different from the average rider. Extreme heat and extreme cold. I can really get far off the beaten path some times.  I do all kinds of riding styles, too, and will try just about anything on a motorcycle.  Because of this, I need a bike that'll go the distance in every way possible and the bike has got to keep up with the word fun.  I like to have fun. 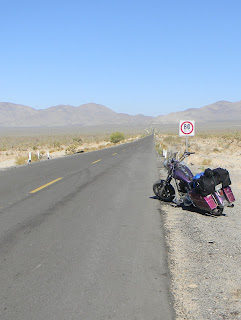 And some distances are farther then others like here in Mexico when a breakdown could be life threatening to say the least. That is why I have to build an exceptional bike that is dependable enough to bet my life on.

Now building a bike from scratch takes a lot of time and money, neither of which I have. I had to make a decision on how I could pull this new bike project off. I even reached out for advice on social media sites for the solution. Well, I thought I was going to build a bike from the ground up but it looks like the fans on Facebook have spoken.  Chop it, drop it, deconstruct it and rebuild it...yep the bagger that I've been riding since after Sturgis.


It is a great bike and it would serve well if transportation was all I was looking for but riding to me is about making a statement too. It doesn't matter if I am riding coast to coast or down to the local 7-11, I want to stand out and let it be known that, "this ain't your grandfather's Oldsmobile!

So Kaelin's Custom Cycles in Louisville is where I'm going to create the million mile motorcycle over the next couple of months.  I'm on a treasure hunt for some goodies.  I'm also searching for a few sponsors who'd like to really put their product to the test on this indestructible million mile motorcycle.  Stylin' and high profilin' for miles.

The only way to know if a product is off the charts performing is to TEST ride it, right? That's great advertisement both online and onroad.  I'll give a sponsor their moneys worth and more.  After all, I'm a customer, too.  The way I ride and where I go is like a maximum Test Ride open road Laboratory.  Plus all the people I know, well that's lots and lots of eyeballs keeping up with how the product performs.

The purple monster aka purple beast...is being retired after ten hard years of riding and some 300,000+ miles.  We had some real crazy times.  She'll be entered into a museum by the standup Carl Olsen who swapped his Ultra Classic for my purple chopper after Sturgis when that monster was on her last treads and threads.  Good times, good memories on that bike.   Riding the Ultra, well, it's cool, but I ache for that monster girl.  You get close to a bike after all those miles.  I'll let you know when the museum exhibit is close to opening and which one it'll be.  The purple monster and me will be united again as legends then.  Cool.

In the meantime, riding Carl's Ultra Classic provides me crazy comforts.  Almost too many comforts.  I'm used to doing some hard miles kind of raw, and on this bike I just want to keep on going because my kidneys aren't in my throat.  It's a great bike to go the distance for this book tour and all the other interesting invites to appear popping up...

But, a bike's gotta reflect the rider's personality in my opinion.  I've got my own thing going on and I've got to be able to create a motorcycle version of myself.  And that's the million mile motorcycle because I intend to go a million miles on that one bike.  The bike's gotta look like me and talk like me.

The million mile motorcycle has got to be like a tank taking on the most demanding terrain.  It's gotta be able to handle almost anything.  I know what it takes because I live on the road.  All the parts have got to be supremely top shelf.  Meant to go the extra extra extra extra and then another extra mile well beyond any of the so-called extra mile bikes out there.

This bike will be meant for riding far, riding hard, and anything goes. Just the way I like it!

Hey I'd love to hear from you if you've got a product you think is indestructible and can go the distance.  Tell me about it. Maybe you've got an odd treasure that should be added to this bike?  I want to hear about it!