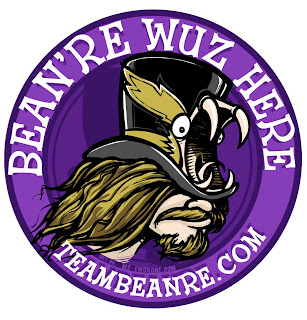 A  venture with Bean're, Sean Brayton and everyone that wants to be on board Team Bean're. 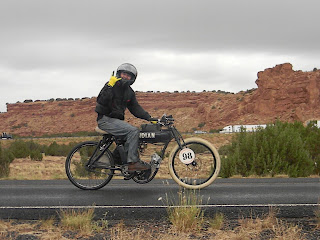 I met Sean while riding across country with him on the first Cannonball, 2010. I was riding my trust purple beast but he was riding a 1911 single cylinder Indian that he built entirely from a box of scrap parts ( that were on the way to the scrap yard). 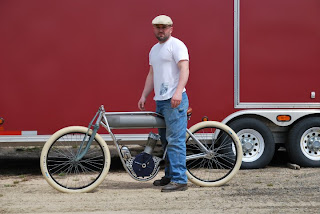 Sean is a very talented builder and restoration specialist. He also proved himself as a great rider on the Cannonball, riding from Kitty Hawk, North Carolina to Santa Monica Pier, California.


This is Sean and his Single cylinder getting it prepped for the Cannonball. If you think this sounds fun, just wait till you hear a twin! 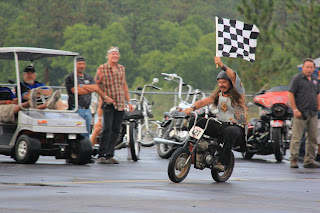 In 2012 when I clean sweeped the mini bike races at The Smokeout for solo AND for sidecar classes, Sean offered me a partnership with me to pilot his newest project, a 1922 Indian twin board track racer. 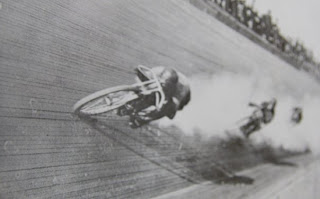 Of course there is some differences in riding a child's mini bike and  antique motorcycle capable of over 100 miles an hour  that doesn't have any brakes of any kind. What could possibly go wrong? 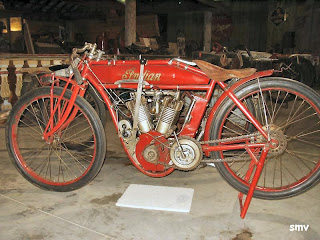 Sean is starting from another pile of parts but this is what he is basically building. Looks safe to me!
So keep watching this page as we near the 2013 race season where we plan on attending not only the antique meets but also exhibition runs at major rallies, put it on one of the walls of death and hopefully a trip to the salt flats as well.