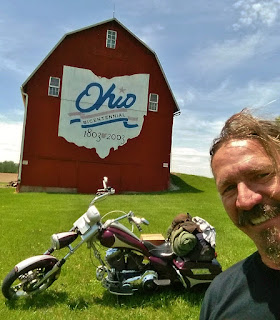 For several years I have been doing Ohio Bike Week. I even wrote about it last year too. I felt it necessary to write about it again because I did a few things differently that made the experience even better. 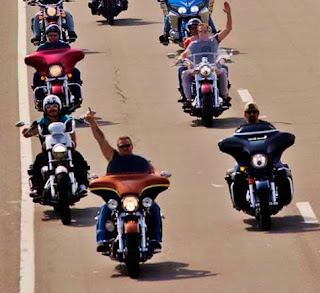 Participating in the Annual Jesse James Dupree Pancreatic Cancer Benefit Ride is a staple for me but every year it gets bigger and better. This year more than 350 participated making it another record breaker. Jesse James Dupree ( the lead singer in Jackyl) always gets there early and stays to the end even though he has many other obligations. He is a class act. This run by itself is a great reason to do Ohio Bike Week. 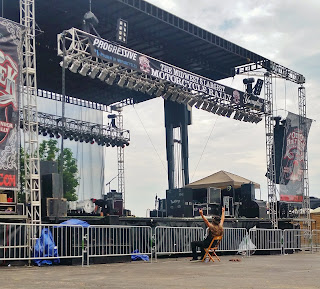 The music venue at Ohio Bike Week keeps getting bigger and bigger too. The three stages downtown, where  bands like Jackyl and Pop Evil rock downtown aren't the only place to see headliners as Mad River Harley Davidson hosted Buckcherry, Blackstone Cherry, Eddie Money and more. Jackyl always rocks downtown like no other. A short ride away to Toledo Harley Davidson was a Sebastion Bach concert. The Sandusky Fairgrounds hosted Montgomery Gentry. Every night had something with several nights forcing me to choose between acts. 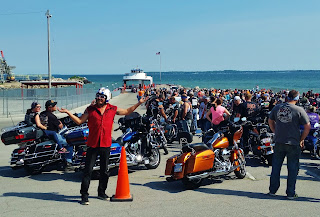 During the day, riding in northern Ohio is some of the best as the roads around Lake Erie create a beautiful backdrop. This year I did more riding than ever and one such ride was the Kelley Island Poker run. To get to the island, you have to take a ferry ride. Kelley Island is located so close to the Canadian border that most cell phones want to start roaming internationally. It really is a gem that is often overlooked by many. I had no idea how cool it was. 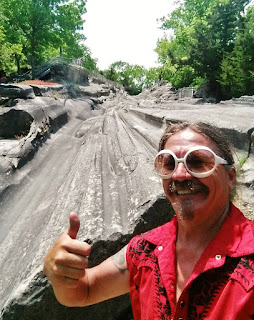 On Kelley Island is the Glacial Grooves which are grooves that were carved into a limestone rock bed 25,000 years ago. This is the only place like this on earth. It is a 7 acre park, free once you get to Kelley Island and has a path to walk around at your own pace with informational plaques all along the way.  I can't wait to bring more friends with me next year and show them. 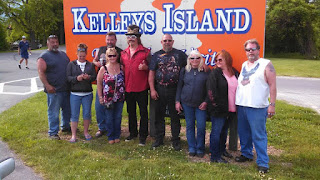 And speaking of friends, riding with friends and sharing the experiences only makes it better. This year I got to ride with more old friends and make new ones along the way. Isn't that what it is all about too? 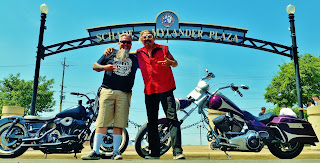 I got to do a lot of riding with Pat from Progressive too. He emcees for all the Progressive functions like the IMC Shows across the country. Working with him to promote for Progressive is almost as much fun as riding the countryside with him. 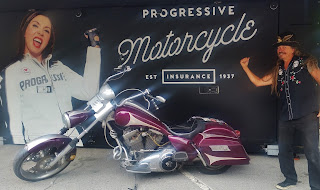 Progressive is behind a lot of Ohio Bike Week as well as many other motorcycle events. It's quite fitting really considering that Progressive is the oldest insurer of motorcycles. That's why I " go with Flo" 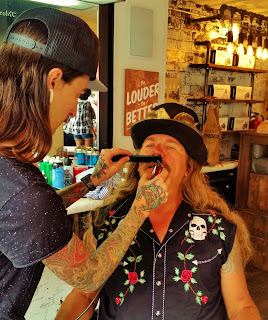 I've mentioned Flo's Chop Shop presented by Progressive where you can get free services like mustache trims, manicures and boot shines just to name a few but this year they added something new there. 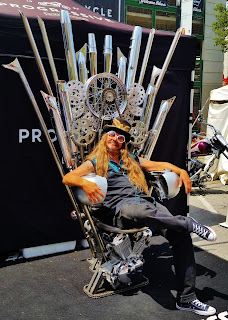 The has three custom built " thrones". One was at Flo's Chop Shop where anyone could sit and get their picture professionally taken in it and then they would get a copy emailed to them. The other two were placed back stage and guests from the audience that participated in different sweepstakes, got to watch the shows from these vantage points. 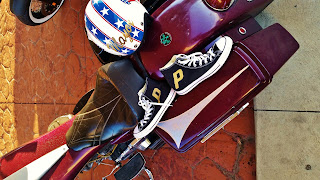