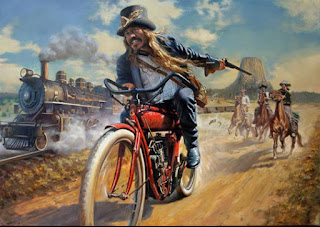 The biggest news is that David Uhl has graciously donated one of his signed prints of "The Iron Horse Heist". These are selling for over 3000 dollars now and only a few left before they will sell out and no longer available. You can win this one in a raffle that we will be doing with 100% of the proceeds going to The Aidan Foundation.  There are more prizes to like a Biltwell helmet hand painted by Darren McKeag. There are more prizes soon to be announced. Get you raffle tickets today at The Aidan Jack Seeger Foundation Website.
Next, we have 3 of the stops worked out as well as the starting point.
at 8am Sunday, March 19th, we will take off from the end of Main Street at the Beach in Daytona.
on March 20th at 5;30pm we will have a fundraiser party at Accurate Engineering host by Berry Wardlaw in Dolthan, Alabama.
On March 23rd at 5:30pm we will have a fundraiser at the Dorcheat Historical Association Museum in Minden, Louisiana.
And on Sunday, March 26, we will be at Rick Fairless' Strokers in Dallas Texas all day long raising money for Aidan.

Now that we will back track and talk about the BEFORE we leave Daytona. I will be arriving Daytona for bike week and will be doing some fundraising as well as selling raffle tickets at several of the events. You can look for me Wednesday at Bill Dodge's, Thursday at Willie's Tropical Chopper Show and Friday at Robison's at The Biltwell booth.
I now want to thank all my wonderful sponsors who not only are helping out with some of the costs of this world record attempt, but are also donating to The Aidan Foundation. 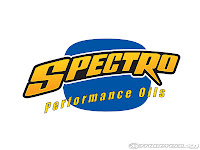 AND THE BUDDY JOHNSON GANG

Now what are you waiting for? Click on this link and support The Aidan Jack Seeger Foundation