Next weekend- and you can come too 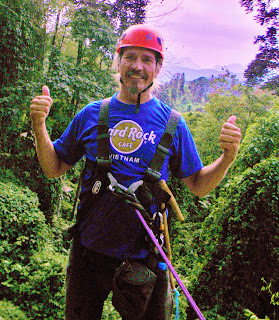 Last week I asked for suggestions on where to go. I had a lot of suggestions but one that grabbed me was an invitation to go sky diving. I was already in Georgia on my way to Florida when I got it so I turned around and went north to North Carolina. Chasing my destiny, I made it up to the jump zone in Reaford, NC just in time for high winds to prevent any skydiving that day. I was so bummed about it all that I turned around the same day and rode back to Charleston. In the morning I had a clear head and came up with a new plan.
You see, in 1982, I jumped from a plane in Paris, California. It was the biggest rush I have ever got. I did it with a bunch of Marines I was stationed with at 29 Palms. I've always wanted to do it again but like so many of us, life just got too busy. Well, now I've decided to not wait any longer. I'm going to take the time and make it happen.
There is another detail that I want to stay true with. In 1982, they had no tandem jumps. You jumped alone. I wanted to do the same now but I got a lot of mixed information. This weekend I learned of a couple different options but it is possible to jump without being hooked up to another person. To me, that is like going on an amusement ride. It might be scary but you are depending on others so it is a controlled situation. I want to be on my own.
I called around some drop zones closer to Charleston, SC. and found just the place. There is a drop zone in Walterboro, SC called Skidive Walterboro ( 843-549-6660) . I'll be going this Saturday, March 4th. Now the fun part-
I've always said that I am an ordinary man living an extraordinary life. So I'm wondering if there are any ordinary men or women that would like to jump with me Saturday? I think it would be fun to share the experience with some of my friends . Give them a call, get the details and make your reservation. It will be a day to remember!
Posted by Bean're at 5:35 PM