GET YOUR GENUINE
AUTOGRAPHED and OIL STAINED COPY
STRAIGHT FROM THE MAYOR OF FUN BEANRE! 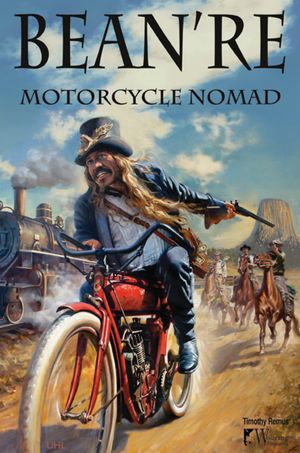 Bean're is one of the last American Nomads. Also known as The Mayor of Fun, he makes his own rules and travels around the globe to and from on his own schedule. The to and from usually involves motorcycle events, like Sturgis and Daytona. His mode of travel is a very well worn Harley with over 300,000 miles on the odometer.

With his long pony-tail and tall top hat, Bean’re looks like the original drug fiend. It turns out, however, that Bean’re is straight and sober, and has been for over 23 years.

Bean’re – Motorcycle Nomad - is both a non-fiction story of a life-long adventure, and an inspirational tale. If anyone in this world is free, truly free, that someone is Bean’re. Free from the 40 hour grind. Free from the credit card bills and mortgage payments that dog the rest of us. Free from dependence on drugs and alcohol.

Though it might seem that Bean’re has nothing, it turns out he has a wealth of the things that are truly important. Things like friends in all 50 states and all over the world. Those friends include the well known and obscure, and both have contributed to this book with testimonials and simple stories about Bean’re. With his status as a cult celebrity in the motorcycle world, Bean’re is often the subject of photos taken at various events. And it’s these photos that fill the center of this book.

In addition to travel tales and testimonials, this new book includes tips on everything from breaking free of the daily grind, to learning how to live without chemicals. There’s a chapter on Bean’re’s motorcycle travel tips: How to pack light, pass up the motels, keep an old bike on the road, and deal with the inevitable hassle of storms and breakdowns. 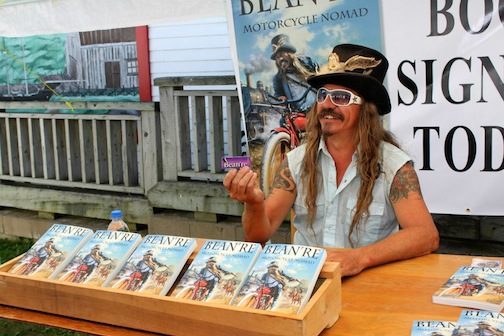 For those who already count Bean’re as a friend, this new book will bring a smile to their face. Those who don’t know Bean’re will feel like they do after reading the narrative account of one man who gave it all up and gained a great deal along the way.  - Wolfgang Publications.  Released October 2012.

More Book Reviews are on the way!!!