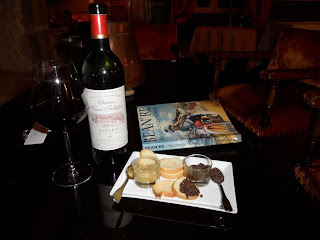 Bean’re Motorcycle Nomad – Book Review
A true life, fast paced biker travelogue that is impossible to put down once you start reading.  Kevin Bean’res Motorcycle Nomad is a must have for every biker who enjoys the experiences of the road and understands that a motorcycle is far more than a vehicle that provides the means of traveling from A to B.  Beautifully written by famous motorcycle author Timothy Remus, the lexicon used, gives an irreverent and colorful flavor that is classic Bean’re; no easy task with such a eccentric and unique character.
I could hear Kevin’s voice clearly in my head as I turned from page to page and through chapter to chapter as if he was telling the story himself.  The book is broken into three distinctive separate parts over its ten chapters.  The first eight chapters cover North America (USA, Canada and Alaska).  What a blast this section gave me, affording me as it did; many a trip down memory lane.  Not only does it transpire that we know many of the same people, and have many of the same friends, but over the past 20-something years, we have also ridden many of the same roads.  His descriptions of these brought them right back into clear focus for me and put many a smile on my face as it did so.  I particularly enjoyed his rides through the Yukon (Canadian Northern Territories) and Alaska, as both of these places are hauntingly beautiful and will stay clearly etched in the psyche of any biker who is fortunate enough to experience them.  To my mind, the Alcan, just like Route 66 and riding coast to coast in America is something that we should all take the time to enjoy at least once in our lives.
The second section covers Bean’res European travels, this time the text is written by a female traveling companion and wonderfully captures the bitter sweet moments as well as the ‘planned’ ones!  Nerisse Trombetta is clearly another talented writer, and I was filled with great sadness when I reached the end of her beautifully crafted text, even though it had transported me through 12-countries, which included Germany, Denmark, Sweden, Norway, England, Holland, Belgium, Luxembourg, France, Switzerland and Italy.  The cadence of Nerisse’s writing is superb, which adds greatly to the feeling of being along for the ride.  Towards the end of Bean’res European Odyssey the road savvy couple make a last minute decision to add Morocco to the long list of countries this trip was to include, adding yet another flavor for us to devour.
Kevin is not a trust fund baby and he didn’t win the lottery to enable him to constantly travel the globe, he just sacrifices what most of us could not; basic little things like, a permanent relationship or a comfortable home to return to, or the myriad of little things that we fritter our pay cheques away on daily.  If you can cut yourself free of all that, and are prepared to put in some hard work when you need cash, then Kevin’s book lays out how you too could become a biker nomad.  But know this, even with money in your pocket, it is not an easy choice to make, it takes a very special kind of person to keep putting on the miles moving from town to town and country to country, dealing with the good times and the not so good, and rolling with the punches, for example, when Bean’res RevTech engine bit the dust in Genoa Italy and his bike had to be shipped home early.
The final section covers Bean’res adventures in Australia and Tasmania, for the first time in the book, Kevin was suddenly riding along roads that I have yet to experience, so I drank deeply of his vivid descriptions to quench the reawakened desire within me to head to the other side of the world.
I read Motorcycle Nomad from cover to cover in just under seven hours, the time flashed by in a blur, and to be honest, it still feels like the book read itself.  I’m an avid reader and I have to say that I am genuinely impressed by the high quality of Bean’res motorcycle adventure.  Not once did it go over the top, run flat, or try to impress, it just clearly documented the joys and tribulations of this motorcycle gypsy in a way that was a pure joy to read.  The addition of many photographs was a smart move, a picture really can tell a story and they add another dimension to this already highly desirable book.  A number of biker celebrities have also taken the time to pen their own little descriptions of the man, who many only know simply as Bean’re.  You will find interesting paragraphs by Billy Lane (Choppers Inc.), Bob Seeger (Indian Larry Motorcycles), David Uhl (famous artist) and Gilby Clark (G ‘n’ R’s former rhythm guitarist) to name but a few.
Bean’re is a rider in every sense of the word, and with his motorcycle as his only means of transport, on the surface you might at first think that he lives like a nomadic rockstar, but after reading the book you will understand that this is pulled off on a shoestring budget, a budget that is so small and fragile at times it would keep most of us from leaving home in the first place.  Then again, if you don’t have the comfort of that home to fall back on… What this book demonstrates is, life is truly what you make it and riches come in many forms.  Keep those wheels turning Bean’re, I want to read your next book.
You can get hold of a signed copy for yourself or a friend by dropping Kevin a line at everythingbeanre  He ships worldwide; well, he would, wouldn’t he, as he never sees borders as a barrier, or a hurdle that can’t be broached. 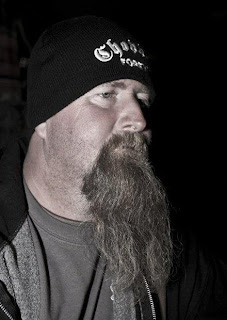