Into the WIld and The Magic Bus at Healy, Alaska 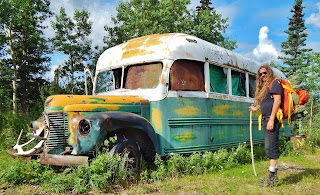 Hiking 42 miles total in 4 days through some very tough terrain to see the REAL bus that was in the book and movie - "Into The Wild". 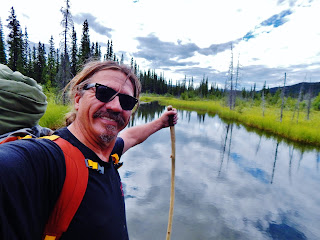 Most of the trail was wet and muddy to say the least. This was just one of the beaver dams that flooded so much of the trail too. 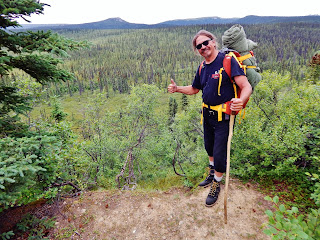 But the views were spectacular and I'm sure very few people have struggled to get out here to see this. The trail with mid and thawed tundra, ruts and fallen trees not to mention the two rivers makes it near impassible even for off road utility vehicles. 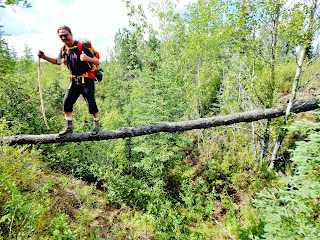 This was a lot farther down than it appears. 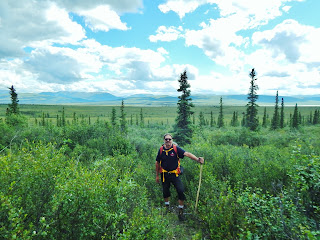 Here is a video of two other crossing the river after I did. Crossing with full packs is brutal and VERY dangerous

But the harder the trail got, the better the views became 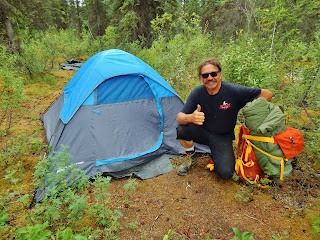 Camping 3 of the four nights but only 1 night did I sleep in the tent. 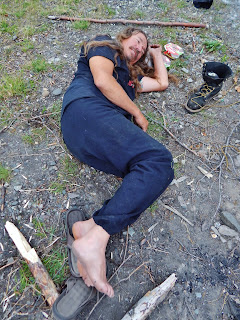 One night was in the ground in my sleeping bag
even after I found this bear track outside of my first night camping area and I know it wasn't there the day before. I think my snoring probably attracted it. 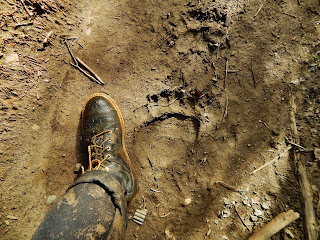 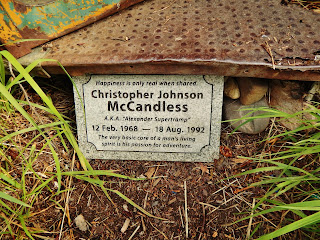 This headstone is located at the door of the bus as you go in. 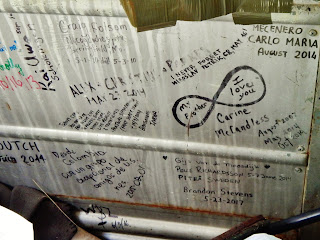 And the inside of the bus is signed with visitors from all around the world that have been touched by his story. Even his sister has signed the walls and visited here 3 times as the dates show. 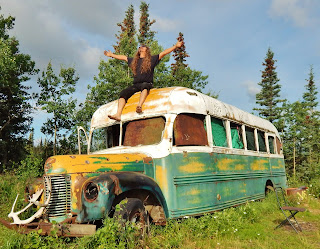 So was it worth it for me? YES, it was on so many different levels. As I sit and write this, every muscles is screaming, I'm drinking tons of fluids and eating real meals instead of campfire food- and needing about a weeks worth of rest. But no time for that. I'm off on my next adventure