Slow Down and Smell the Moose Nuggets 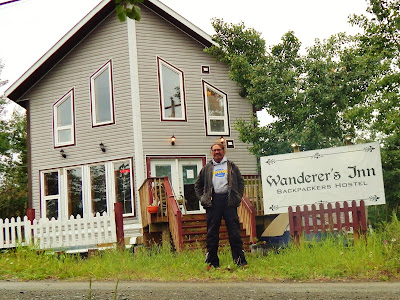 Finally taking a break on this trip but not by choice. It is 41 degrees and after getting wet for 2 days, I decided to get off the Alaskan Highway and wait it out. It should be sunny and in the near 70's soon again. In the mean time, I found this Hostel in Haines Junction. The sleepy little town is just like the town from the TV series "Northern Exposure". But then, most of the towns scattered along the ALCAN are like this. After two nights in my own tent, I wanted better accommodations but didn't want a standard hotel room although, up here you have to take what you can get. Things can book up fast in the evenings. I found a pretty cool hostel called " Wanderer's Inn". I got there early enough where I had some choices. For 40 dollars I could stay inside in a dorm with bunk beds. They also have an outside cabin/ tent set up dorm style but for a few dollars more, they have a single private cabin/ tent with heat, electricity and a big comfy bed. It even has wifi so I splurged. 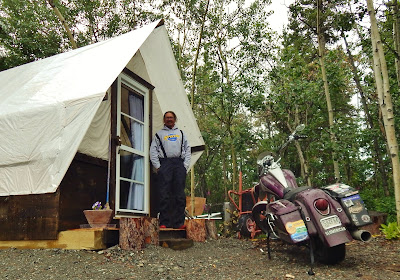 This cabin/ tent has wood floor and sides but the coolest part is the roof is made from a government issue tent from the 1930's era. It was decommissioned and sat until the Wanderer's Inn picked it up and incorporated it in this cabin. Instead of heavy canvas, it is made from thin parachute like material. You can see the tent on the inside but on the outside, it is covered with a tarp to keep out the in-climate weather. As it rained all night, it made the nicest sound but stayed totally dry. I got the best night sleep in awhile. 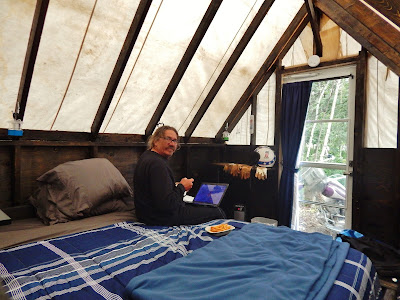 Still, hearing the non-stop rain only reminded me that soon I would have to be off and riding in it. I should also explain that although I am still a ways south from mainland Alaska, daylight is prevailing. Sundown is about midnight and sunrise is 4:30am. I've been waking up pretty early.
After morning coffee inside the main house, I came to the conclusion that what is the sense of being a motorcycle nomad if I had to be on a schedule? I'm going to hang out and talk to strangers who will soon be part of my next story. After all, isn't that what life is all about? 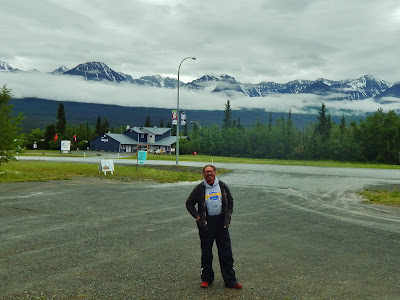 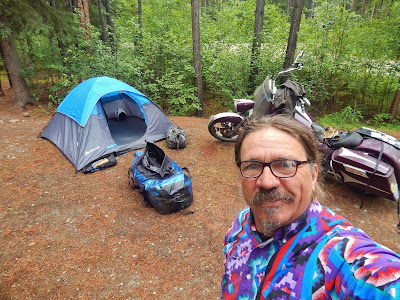