Problems at the border 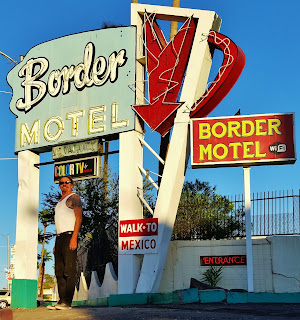 Staying at The border of California and Mexico in a town called Calexico. On the Mexican side it is called Mexicali. I'm now about 120 miles from San Diego. This is what happened yesterday. 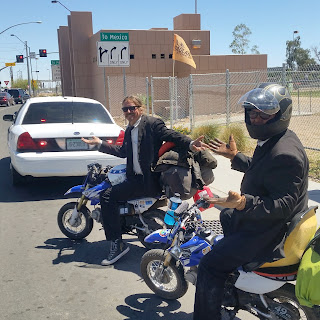 We were heading into Mexico. We were going to cross the international border at San Luis, Arizona, It is about 20 miles south of Yuma. About 5 miles from the border we were stopped by the police. He was very friendly and wanted to know what we were doing. when he found out our plans were to go to Mexico, he shared some information about the bikes. Mexico would probably confiscate them at the border since we didn't have registration or licenses. Quite simply, if we didn't have paperwork saying they were ours, they would now be theirs. 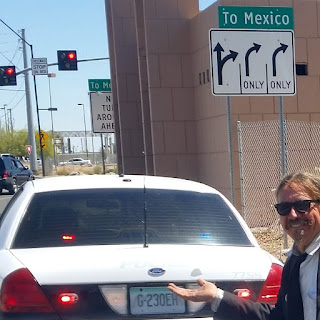 Not being one to take advice well, we got escorted to the US Customs office on the American side of the same border. They confirmed this and said that even by some chance the border let us in on these bikes, they would most likely be confiscated shortly after and by law, we could also be arrested too. We decided to turn around and ride back to Yuma.

Yuma is on the border of California so in no time we crossed a bridge into California. The only problem was the sign was terrible and we like to get our pictures in front of the state signs. We turned back and took a different bridge across the Colorado river and back into Arizona only to find they had no welcome to California sign either. I guess the only good sign was on Interstate 8 but we didn't want to go on that. We stayed on frontage roads beside Interstate 8 that were in some of the worst conditions ever.They ended soon and then there was no other choice but to get on I-8. Even bicyclists had to take I-8 We even had to ride through an immigration checkpoint on I -8.Here is a good tip. When asked at an immigration checkpoint if you are an American citizen, never respond " Que?" 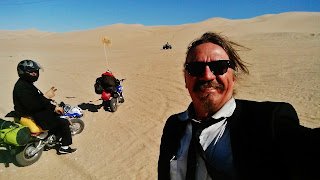 We got off at one of the first exits that we thought was a frontage road but instead it was The Imperial Sand Dunes Recreational Area. 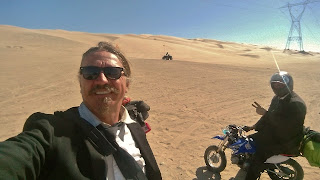 Here we were, a could of guys in cheap black suits, riding mini bikes in the desert. But, hey, when in Rome..... 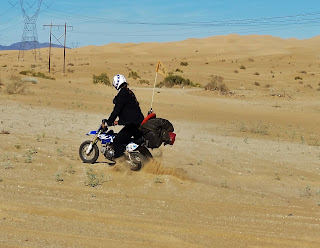 Our street tires were no match for the sand but they did succeed in throwing sand everywhere and in every nook and cranny.We decided to leave before we hurt the bikes or ourselves.
Back on 8 we looked for the next frontage road, When we found it, they had construction signs blocking at as they were re-paving it. Back on 8 we went but even the sides were under construction so we had to ride on construction roads for safety. There was a lot of steel rebar and other construction debris and I must have picked something up because I had a front flat tire. Now the interesting thing about those are, if you ignore them and just go faster, you can almost forget you even have one. Not wanting to deal with it, we rode on. 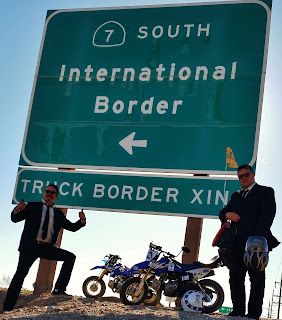 Interstate 8 runs along the border and finally we got to highway 98 that runs even closer to the border. I spend the rest of the day, riding on that flat, with more border patrol vehicles and every branch of law enforcement there was but we never were questioned, Just a couple of suits riding mini bikes on the border. 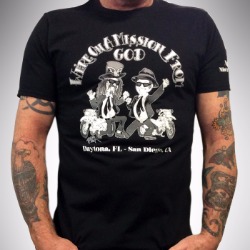 Did I tell ya you can buy your mini bike tour tee shirts here> all proceeds go to The Aidan Jack Seeger Foundation. Just click on this link and then hit the "shop" button
https://www.flipcause.com/secure/cause_pdetails/MTU2MzY
Posted by Bean're at 9:12 AM