teetering on the border 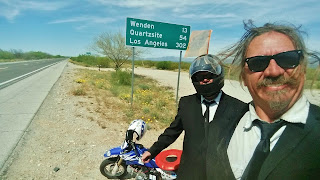 What do you do when you are near the finish line but don't want to stop? Me and Tim have made our return flights for next week ( I hope people don't think less of me for flying home and not riding some other sort of 2 wheeled vehicle). We could easily be in San Deigo in a day. We're in Yuma now- 172 miles away. We were already slowing the pace. We started pulling over and taking more pictures, taking in more sights. 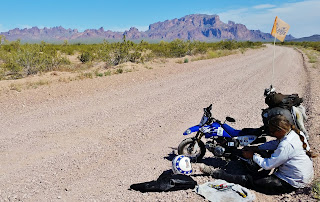 While exploring some back roads, Tim started shooting some Facebook Live and if there is a camera on, I have to take it up a notch. While cutting "donuts" with my mini, I fell over and lost the chain. Fixing mini's in the hot desert sun while wearing a black suit is no fun but I'd do it all over again. 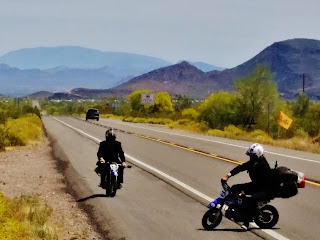 Later while setting up my camera with a ten second timer, I tried to get us a riding shoot. Instead I captured us scrambling to get in position. What I missed though is seconds later, Tim hit second gear hard, wheelied big and flipped it backwards resulting in a yard sale of bike parts, luggage and him sprawled out to resemble a crime scenes chalk outline. 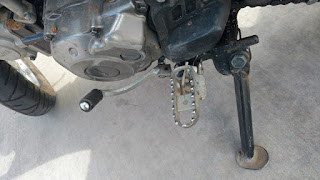 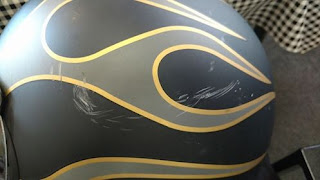 Luckily he was wearing Biltwell gloves and the Biltwell helmet that he wore this entire trip. He likes his helmet so much, he sleeps in it. Well it saved him from having a serious bump on his noggin. 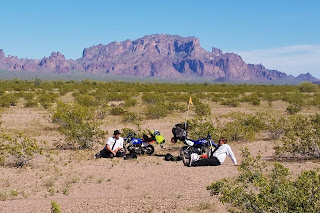 We chilled in the desert, hiked looking for rattle snakes and prepared for our next adventure. Instead of going straight to San Diego, we're going to Mexico. And instead of just cutting across Mexico, we're going to go down deeper into Mexico, tracing the route that the El Diablo Run takes. Basically about a 400 miles loop. Why not right? 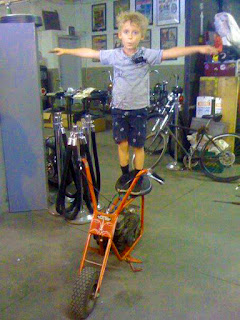 This gives you one last chance to get on board and support what this ride was all about ALD awareness and supporting The Aidan Jack Seeger Foundation. You can go there online, educate yourself about what ALD is, sign a petition to get mandatory newborn testing and make a difference. 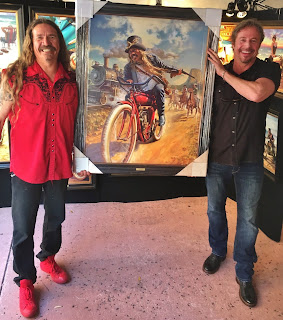 Time is also running out to get your raffle ticket for this David Uhl signed print as well as many other prizes. Click on this link as the drawing will be when the ride is over-
Click here and get your chance to win all these great prizes. 100% of the money goes to The Aidan Jack Seeger Foundation too
Posted by Bean're at 12:10 PM